Real Abadia Congress & SPA Hotel invites you to experience the historic region of Alcobaça as well as all of its rich Cistercian culture. The architectural, decorative and design surroundings inspire the tranquility, luminosity and creativity which defined the Monks of Alcobaça. The thematic services follow the high-quality traditions, customs and inventiveness of that religious order. The premises and their ambiance have been carefully designed in order to serve individual and corporate needs, including Guests with disabilities.

Every room boasts an individual design with an emphasis on local branding. In addition to spaciousness, comfort and modern technologic furnishing, they also adhere to the environmental impact and energy consumption policies in place through a home automation system monitoring room temperature, lighting and expenditure. Such sustainable practices have granted the premises an Eco-Hotel status by the EU Ecolabel and Green Key.

There is also a bar with light meals, a SPA with a Turkish bath and a sauna, two multifunction rooms, heated indoor and outdoor pools, a library and amazing outdoor spaces.

The beauty of its natural surroundings is one of the cornerstones of the Real Abadia Congress & SPA Hotel.

The wide greens feature a wealth of indigenous plants and trees lining trails and paths. Amidst this, lie an organic vegetable patch, an orchard, a fragrant garden and a Zen space.

A relic from the monastic period can be admired in its recently restored glory: a water wheel.

Real Abadia Congress & SPA Hotel is a 4 star establishment located in Capuchos, 3km from the historic district of Alcobaça, the source of inspiration for its theme, allowing for maximum comfort and quiet in the enjoyment of all services.

This is region rich with history and culture, neighboring the Costa de Prata which boasts some of the most beautiful and highly rated beaches in the country and the Serras de Aire e Candeeiros.

The history of the region and its city are closely linked to the presence of the "Ordem de Cister" that inhabited the region for almost seven hundred years.

From Roman origin, at the beginning it was called "Helcobatie". Later on it would be occupied by Arabs who changed its name to Al-cobaxa (land of sheep), due to the hills around the village that provided good places of grazing.

From the twelfth century, the region and the city are organized having the Monastery as the center of development.
The monks, in addition to their normal religious and cultural activity, developed a remarkable colonizing action by creating villages that obeyed the orders of the monastery. There were 13 villages in Alcobaça: Alcobaça, Alfeizerão, Aljubarrota, Alvorninha, Cela, Cós, Évora de Alcobaça, Maiorga, Paredes da Vitória, Pederneira, Santa Catarina, São Martinho do Porto and Turquel.

The monks also organized a remarkable agricultural system, highly productive, in the territory of Alcobaça. Today, this region is known for the high quality apples and ginja (cherry liquor) it produces.

In 1514, the town of Alcobaça received a charter from D. Manuel I, and by the middle of the seventeenth century most of the villages belonged to its inhabitants and were independent of the monastery.

On October 13, 1833, the monks abandoned the monastery, and in 1834 part of the monastery was sold by public auction.

Today the urban center, crossed by the rivers Alcoa and Baça, is a harmonious set of streets and houses next to the Monastery, composed by the parishes of Alcobaça and part of the parishes of Évora de Alcobaça, Prazeres (Aljubarrota), Maiorga and Vestiaria.

It is a county with 408.14 km2 of area and 56 676 inhabitants (2011), divided into 13 parishes. The municipality is limited in the north by Marinha Grande, in the east by Leiria, Porto de Mós and Rio Maior, in the southwest by Caldas da Rainha; in the west involves completely Nazareth county and has the Atlantic Ocean in the coast line. 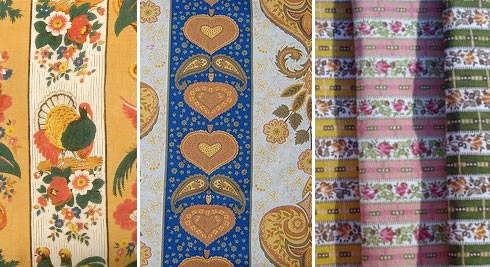 Chitas are a cotton cloth, which defaults could be composed of clear wide streaks or dark, with varied decoration which contains birds, trees, flowers, fruits, oriental and european human figures, cornucopias, amphorae and all the fauna of India and Persia, stylized in arabesque or edges. Obeying the five basic rules: repetition; switching; being in the right place, the development and synthesis; the decorative motifs are arranged vertically to allow it´s use on the fabric of bedspreads, being this one of the most common use in Alcobaça.
In the sixteenth century, labored in Alcobaça many looms that sold their production between the town and Lisbon.
The historical facts do not fully prove the existence of chita´s manufacture in Alcobaça, but the collective memory claims it to be. The frequency of use of chita in every household from humblest to the most affluent during generations made it part of our collective identity and therefore our culture.
At Real Abadia Congress & Spa Hotel we invoke this memory with several rooms dedicated to Chita. Upon entering these rooms, guests will find themselves surrounded by cheerful colors heavenly combined with white bedding, seek to create a cheerful and smooth atmosphere.

It took place in the late afternoon of August 14, 1385 between Portuguese troops with English allies, commanded by King D. João I of Portugal and his knight D. Nuno Alvares Pereira, and the Spanish army and its allies led by King D. João of Castile. The battle took place in São Jorge, near the village of Aljubarrota, between the towns of Leiria and Alcobaça, in central Portugal.
The result was a definite defeat of the Castilians, the end of the 1383-1385 crisis and the consolidation of D. João I, Master of Avis, as king of Portugal, the first of Avis Dynasty. The Luso-British alliance was strengthened by this battle and was sealed a year later, with the signing of the Windsor Treaty  and the  marriage of  King João I with D. Filipa de Lencastre. To celebrate the victory at Aljubarrota Battle, D. João built the Monastery of Batalha. Peace with Castile would only settle in 1411 with the Treaty of Ayllón, ratified in 1423.
The Aljubarrota Battle was one of the rare large pitched battles of the Middle Ages between two royal armies and one of the most decisive events in the history of Portugal.
The military tactic was innovated, allowing men dismounted to win a powerful cavalry. In the diplomatic field, allowed the alliance between Portugal and England, which endures to this day. In the political aspect, it resolved the dispute that divided the Kingdom of Portugal and the Kingdom of Castile and Leon, allowing the affirmation of Portugal as a Independent country, giving way to the Avis Dynasty one of the most remarkable times in the history of Portugal, the era of Discoveries.

This industry is one of Benedita brand images. There are several companies that produce high-quality footwear to export. Among various brands represented there, we can refer there are  Adidas and Aigle, and others that provide technical protective footwear to US military forces and firefighters from all over the world.

The lime kilns labored in Alcobaça, probably since the Roman occupation. They had the role  of "cook" the limestone, abundant raw material in the region, in order to produce lime, used not only in civil engineering but also to correct the acidity soil and to disinfect. Nowadays the most well conserved core, with about 30 lime kilns lies on Pataias waiting to be musealized.

This is one of the most typical gastronomic specialties of Alcobaça and it is well-known throughout the country. The chicken made in a clay pot with onions, ham, tomato and port wine is accompanied by crispy chips.

Portuguese liquor par excellence, was created by the monks, masters in the art of working the sugar and fruit. In Alcobaça their manufacture and commercial operation was a constant over the decades and they contributed to the development of ginja. In earlier years companies like: Alimenticia, Lda, JEM, Cister, MSR and Abbatiale continued that work . Throughout its history, its popularity has inspired artists and poets. Sung by the people of the lands of the Cister and also by the fado singer Amalia Rodrigues in Fado “A Tendinha”. 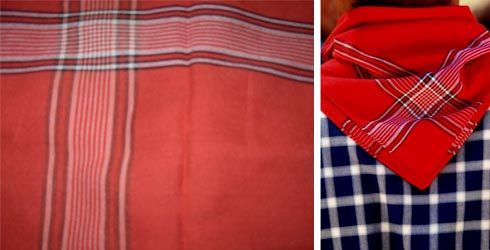 Alcobaça scarf, also referred simply as “Alcobaça” is a large squared scarf, red, blue or yellow, with bars in different colors, double or single, originally manufactured in the town of Alcobaça, Portugal, by Real Fábrica Fábrica de Lencaria e Tecidos Brancos de Alcobaça, established in 1774. The factory, founded by a commercial company runned by the Lisbon merchants André Rocha Faria and Rodrigues António de Oliveira, was sold in 1792 to “José Carvalho de Araujo and Julião Guillot Filho & Companhia”. During the Third French Invasion in 1810, it was destroyed by a fire.
Part of the clothing of the nineteenth century, both in Brazil and in Portugal, it was usually used by peasants and the favorite color was red. Between 1815 and 1818, the Scarf "tobaqueiro" (how it was also known) becomes "fashion" in the town. The “tabaqueiro” was mainly used by people who smelled snuff (powdered tobacco) and it continues to be used to adorn the man regional costumes from various parts of the country. 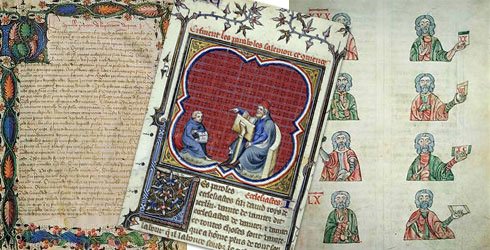 The collection from the Cistercian library of Santa Maria de Alcobaça monastery consists of 461 manuscripts, inventoried in the National Library with the reference of “Codices Alcobacenses”,by which were known among historians and researchers. The monastic library of Alcobaça, overlooked  various topics, from the inherent cult books (missals, psalms, etc.), record books, management of this abbey among others. Many manuscripts have rich illuminations, others were already printed because the Alcobaça Monastery owned one of the first printers existing in Portugal.

The Jewellery Cross of the Royal Abbey Alcobaça 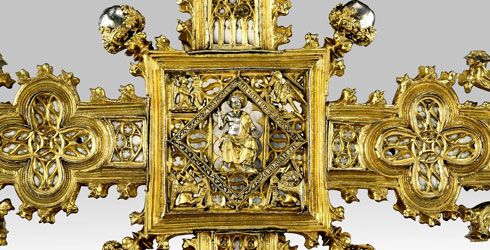 For the first time since the extinction of the religious orders in Portugal, an important amount of core pieces from the Monastery of Santa Maria de Alcobaça was gathered at the National Museum of Ancient Art (NMAA). The works belonging to the NMAA - three Romanesque chalices, a Gothic processional cross and custody of the fourteenth century - and the pieces coming of the Soares dos Reis National Museum - cross and pair of cruets - now join two other pieces, one ciborium (NMAA) and a pair of candlesticks (National Museum Machado de Castro), which, thanks to a deep investigation, were associated with this monastery, founded in 1153 and one of the richest of the Cistercian order.
The study and particularly the conservation work carried out jointly by the Laboratory Division José de Figueiredo-DMCC, DGPC, by HERCULES Laboratory, the EU and the LNEG-UCTM-Laboratory S. Mamede de Infesta allow everyone to enjoy this extraordinary set from the Treasury of Real Alcobaça Abbey. 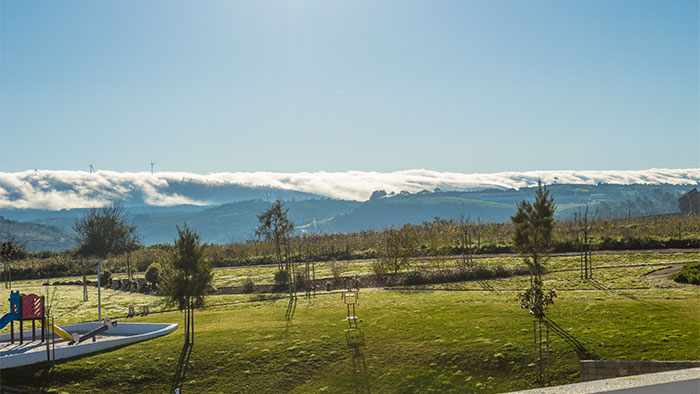 The Aire and Candeeiros Mountains (the Natural Park occupies 38.900 ha), grey and devoid of vegetation, constitute an imposing barrier separating the coast from the interior and represent the most important limestone deposits found in Portugal. Its dryness, accentuated by the lack of superficial water courses draws a landscape in vigorous strokes made up of fault lines, cliffs and rocky outcrops. The vegetation has adapted to the lack of water being highlighted the riparian communities and aromatic and medicinal plants. The olive tree is the dominant element of the non-spontaneous vegetation. In the caves, important bat populations are present - symbol of the PNSAC - and the red-billed crow, which as adopted cave habits here, is highlighted in the existing bird fauna. Loose stone walls divide the landscape and small depressions preserve the scarce red soil, the "terra rossa". The salt lakes of Fonte da Bica are a unique case in Portugal. Notable presence of the rock extraction industry that along with the textile industry, tanneries and livestock helped to establish a population that could not be justified by the inhospitable terrain.
(Source: www.Natural.pt) 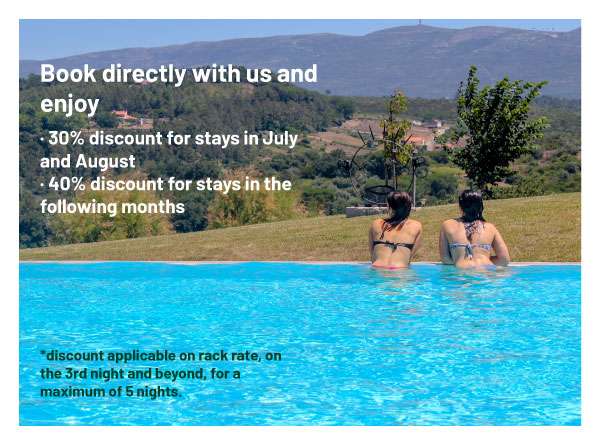